“But they have done this to fulfill the word that is written in their Law, ‘They hated Me without a cause.’”
~John 15:25

Situation Update, Jan 14th, 2021 – The FEMA + Military coup to SAVE America, not destroy it – Mike Adams

THIS WILL BLOW YOUR MIND!! At 1:29:00  above  Steve Quayle states that 4 US states have  pending legislation that will make owning a bible, quoting the bible, so on, A CAPITAL OFFENSE!

I am waiting for an interview of Steve Quayle on Infowars.com show earlier today to be posted on banned.video.  This is the interview to listen to if you are new because it is for “beginners” and is not too long. Less than an hour long. Please  check back and I will have the link here and also in a separate story. ~MFP

If you don’t watch anything else today, watch this:
Steve Quail: We Are Under Full Scale Communist Siege – Alex Jones – Infowars

If you try to post this story to Face Fuc it gets censored:

COULD VOTING FOR THE WRONG CANDIDATE CAUSE YOU TO LOSE YOUR CHILDREN? – Dave Hodges 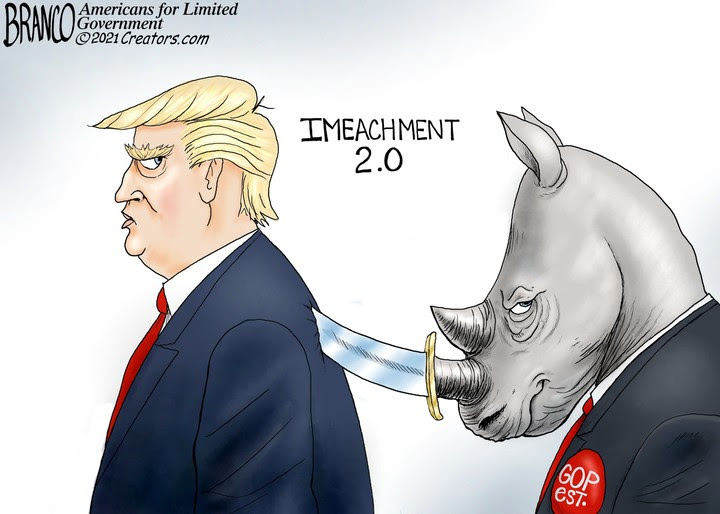 Marine Corps. Rebukes Pelosi: “WE DON’T WORK FOR YOU!” –  foreignaffairsintelligencecouncil.wordpress.com

These Age-Old Tactics Were Used To Complete The Takedown Of America As President Trump Was ‘Controversialized’, Patriotism Demonized And A ‘Veil Of Lies’ Put Up To Hypnotize The Blinded Masses – allnewspipeline.com

WHERE IS YOUR $2,000 STIMULUS – THE IMF SAYS TO SPEND AS MUCH AS YOU CAN – MASSIVE LOSS IN RETAIL –  YouTube –   Full Spectrum Survival

Armed Resistance Is Our Solution To The Problems We Are Faced With. Quit Trying To Tuck It Away And Lock It In A Safe. –  ncrenegade.com

Armed resistance should always be an option. That is precisely what the second amendment and the militia are all about .
It is not time tough.  We must let them fire the first shot and for now only act in self defense. ~MFP “The strongest reason for the people to retain the right to keep and bear arms is, as a last resort, to protect themselves against tyranny in government.”~ Thomas Jefferson

Face Fuc  and  ZuckerShite   tightly locked my account down today.
They have been unable to stop my circumvention of their censorship for the past 2 years.  They would suspend me for a week, and when that ended I immediately  started up again informing people of things being censored..

I think that they study people like me to see how we are getting around  their censorship.  They usually suspend the people that have high number of people reading their post.  They feel that they can safely let me post what ever I wish because I am not  followed by thousands.

I am uplifted in Knowing the ZuckerShite will soon be arrested and that I am part of a class action law suit against them.
~MFP