They have this bass-ackwards.   Government does not grant us our rights to be converted to permissions. We should not be on our knees begging for these rights. We should demand that they be protected and just go out and exercise the.m. 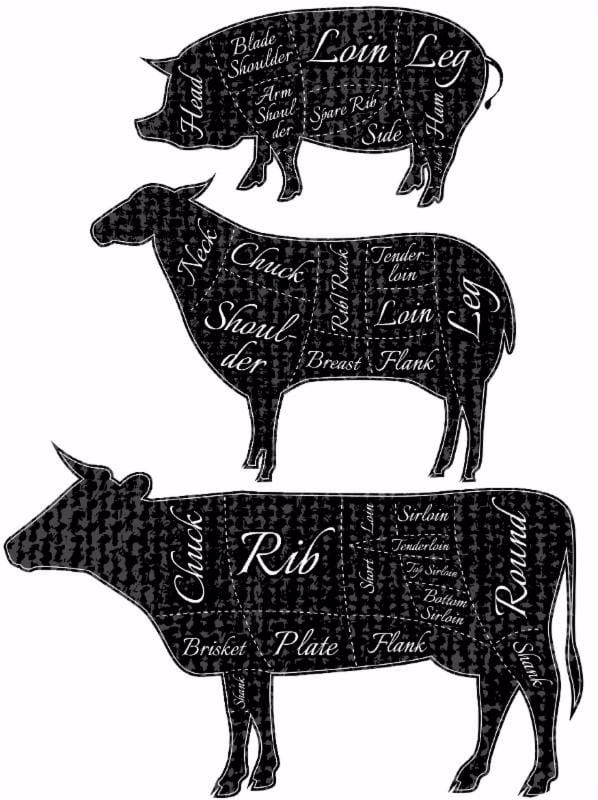 Humans tend to romanticize the past. In many ways, it helps us see the good in what has been and what is now, but in other ways, it disguises the truth.

The history of American public schooling is a notable example of viewing history through rose-colored glasses. In my college and graduate school education classes, I read books and articles about how American public schooling was intended to be a great equalizer, to provide opportunity and social mobility to every child regardless of background. But I also learned that the rosy stories I had been taught about American history, from Christopher Columbus to Thomas Jefferson, had a darker side not often revealed. Did the origin of American schooling have a similar shadow?…. Read More

Recent poll was released. Who do you think the American people fear the most? Here is the rank-ordered list.

Do your homework. Pedphilia is used to control  and blackmail politiicans, judges,  actors and cops for starters…. North Korea has attempted to engage in dialogue with US allies, while Donald Trump’s CIA director threatens an illegal assassination against the North Korean leader.

By Adam Garrie
The Duran

Most all of what you are being told about North Korea is a lie IMHO.
Besides this article Michael Rivero has done a good job of getting the facts out on his radio show What Really Happened” that is archived here.

The question as to whether the DPRK is willing to engage in broad dialogue with potential international partners, has been answered. Last week, the DPRK sent an open letter to multiple governments, including the US ally, Australia, in which Pyongyang asked to form a united front against Donald Trump’s aggressive stance towards Pyongyang. Australia, in taking an overly literal reading of North Korea’s letter, threw away a chance to reply to Pyongyang. Had Australia engaged with Pyongyang, this would have literally been the beginning of dialogue between North Korea and a stanch US ally in the Pacific. The short-sighted attitude of the Canberra, demonstrates that when North Korea does reach out to countries in an unexpected way, this attempt to establish lines of dialogue is essentially met with a cynical and obstinate attitude that doesn’t get anyone anywhere. Dialogue is never easy in such situations, but all countries owe it to the wider cause of world peace to try. Australia foolishly read North Korea’s letter as a kind of ‘geo-political prank’, where in fact it was a thorny olive branch.

While North Korea has recently stated that they will not negotiate its nuclear programme until Pyongyang possesses the ability to strike all of the US mainland with nuclear missiles, the reality behind such dramatic remarks is far more mundane.

All negotiations in difficult situations have a cat and mouse element to them, with the roles of feline and rodent, often swapping by the day, if not by the hour. North Korea’s actions are often far more reasonable than their words. The fact that the DPRK did reach out to a US ally, demonstrates that they are ready for dialogue now. The fault here, therefore lies with those who refused to respond….. Read More

This is the page. Please help us grow! 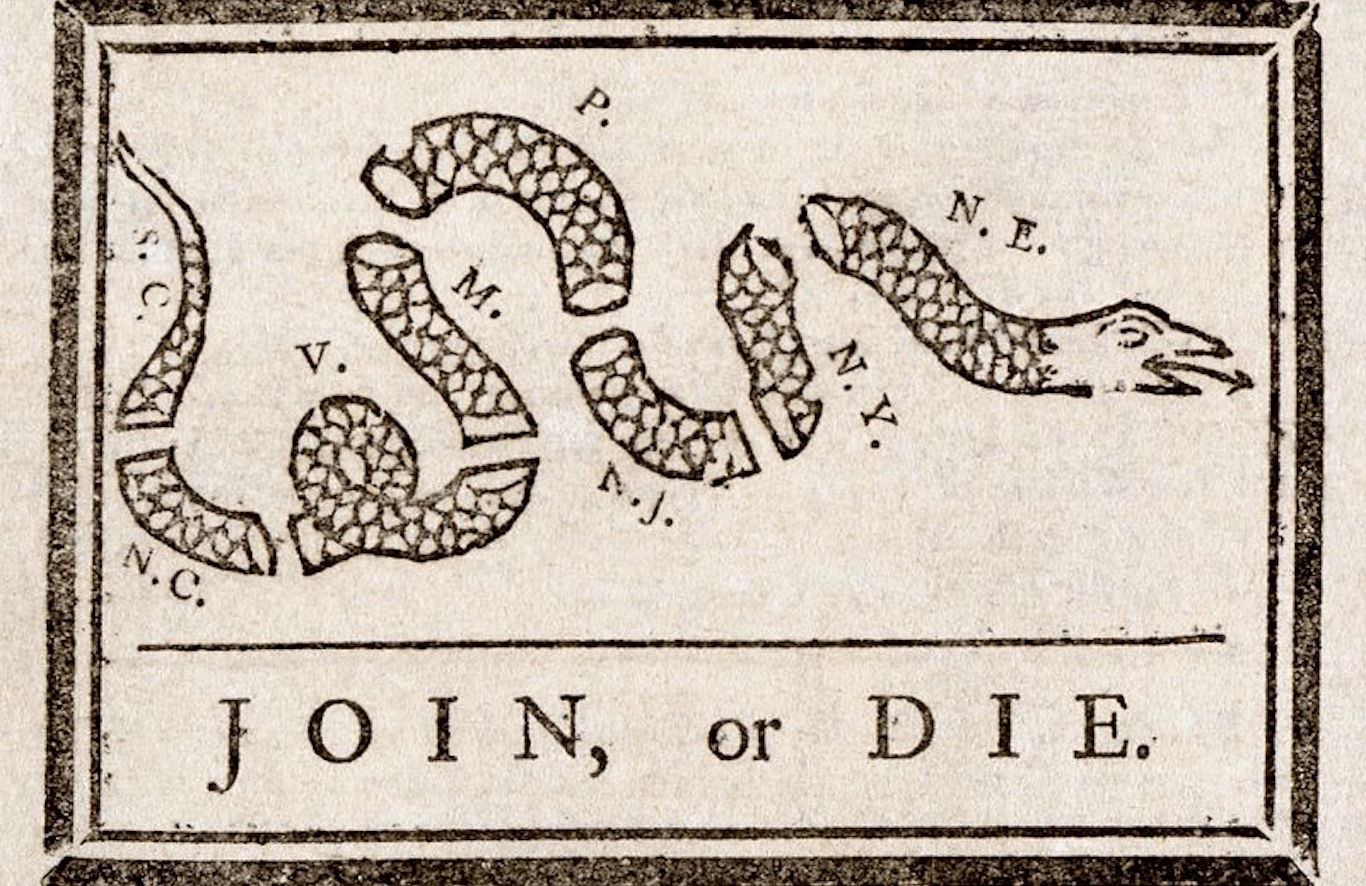 Please take the time to listen to this primer on diet. It is succinct,  and accurate, and may very well save your life, or that of a loved one.
DIet is critical and there is a lot of bad info out there. (doctors and the press are the main sources of bad info)  This is not bad info….it is some of the best that I have come across.

The text of this short talk is here.

While you  are at it check out the talk on exercise:

There is no American who is ignorant of the fact that healthcare costs are currently exorbitant and prohibitive. We are collectively faced with the false narrative that healthcare is an inherently expensive endeavor, and thus people are either doomed to face bankruptcy in any free market, or the government must save us all with a single-payer model. Leftists posit that prior to the presidency of Obama, America suffered under a free market failure, and that people were too often bankrupted by unforeseen accidents and disease. They insist that the problem with Obamacare is that it did not do enough, and that affordable care remains impossible because the government did not remove the profit motive from medicine altogether. They say that we can only solve the affordability problem by demanding that our government save us from the real problem, which we are assured is greed.

Within these arguments are multiple layers of intellectual dishonesty which should be addressed. Foremost amongst the fallacies is a contention that healthcare is expensive by its very nature, whereas in actuality, healthcare has been arbitrarily made expensive. At Health Wyze, we spend the bulk of our time discussing better alternatives for the treatment of chronic diseases, but for the purpose of this essay, we shall pretend that allopathic (orthodox) medicine is the only medicine, in order to avoid unnecessary complexity….. Read More This is  still a horrible diet other than the sugar being removed, and look at the fantastic improvements!  What do you think would happen if they further improved their diets.

If you want my detailed thoughts on what is still wrong with their much improved diets, start the ball rolling in the comments…..

(CNN) — The children in the cafeteria drink low-fat milk, shovel corn kernels on their sporks and munch on tuna sandwiches on wheat. 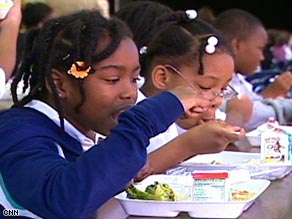 One of the most requested vegetables at Brown Mills Elementary School is broccoli, according to its principal.

There are no bake sales here, no birthday cupcakes, no cookies or ice cream. Don’t even think about bringing sugar to Browns Mill Elementary School.

As schools around the country have begun removing soda and junk food from their premises, the elementary school in Lithonia, Georgia, was ahead of the curve, cutting out sugar 10 years ago under the watch of principal Dr. Yvonne Sanders-Butler.

“Childhood obesity, it’s our tsunami, it’s our Katrina,” she said. “If we’re really thinking about the best interests about the young people today, then we will take a stand.” ….Read More