Genuine Christianity is not what most people think it is. Human beings have been given a false form of Christianity to keep them spiritually asleep. In this paradigm-changing presentation, Mark Passio points out the hallmark beliefs and behaviors of false “Christians” and defines what it really means to be an Authentic Christian. This presentation was originally given in Philadelphia, PA on June 24, 2017. Associate Producer Leiha Boone. Video Recording by Becca Martin and Sean McCann. Video Editing by Jeff Ritter. Selected Artwork by Sethikus Boza. 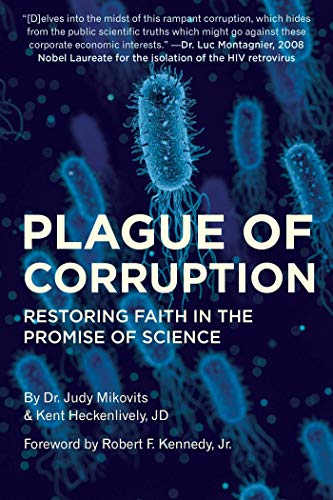 YouTube/Google  has been consoring to beat hell.  This is one of the most censored Videos on the Internet at the moment. So I will be promoting this vital information.  Here are some working links at banned.video and brighteon.com

Plandemic: What Google Doesn’t Want You To See

For years I have been advocating food freedom. Think, local food clubs outside of the reach of the psychopaths in government “health departments”, because anyone with a lick of discernment could clearly see the food tyranny that was coming and already there.
~MFP
(the same applies to our Federal medical monopoly as to the food monopoly as was observed over 200 years ago:)
“Unless we put medical freedom into the Constitution, the time will come when medicine will organize into an undercover dictatorship to restrict the art of healing to one class of Men and deny equal privileges to others; the Constitution of the Republic should make a Special privilege for medical freedoms as well as religious freedom.” ~Dr. Benjamin Rush
===========================
American Farmers Being Ordered To Depopulate Livestock And Destroy Crops
*Pay attention to this. Read between the lines.

Its pure eugenics in intent. ~MFP If the SOB is hung I will pay to be the one that pulls the lever on the gallows trap door.  In a just world most of our “government” would also be hung besides him.   ~MFP

From Before It’s News

The United States Justice Department, on behalf of President Donald J. Trump, has finalized a sealed indictment naming Dr. Anthony Fauci, director of the National Institute of Allergy and Infectious Diseases and member of the coronavirus taskforce, a traitor to America, according to a Washington sources familiar with the issue.

The indictment, which currently sits on the Resolute Desk in the Oval Office, charges Fauci with numerous high crimes and misdemeanors, many of which could see Fauci stripped of his medical license and deported to GITMO for the rest of his natural life. Those charges reportedly include treason, conspiring with the enemy, and fraud. Article 2 of Section 4 of the United States Constitution states: “The president, vice president and all civil officers of the United States, shall be removed from office on impeachment for, and conviction of, treason, bribery, or other high Crimes and Misdemeanors.”

While Fauci is neither a politician nor a government official, he is a career civil servant and therefore can be charged with criminal malfeasance as is outlined in Article 2, Section 4.

Sources close to the Fauci probe said Trump became suspicious of Fauci’s intentions after reading Tweets linking the doctor to a “Deep State” coup designed to cripple his reelection campaign. These Tweets alleged Fauci and none other than Barack Hussein Obama had orchestrated a “hoax” to tank the economy, spelling doom for a president whose main presidential achievement was fostering an economic resurgence. The Tweets surmise the Coronavirus is a pretext for stripping Americans of the rights and freedoms they hold dear, and that Fauci wants to usher in a New World Order that would abolish the Constitution and replace U.S. leaders with United Nations personnel….Read More

Paul Craig Roberts:
Police Again Murder and Again Cover Up Their Crime
And now they are preventing any protest.

Police Again Murder and Again Cover Up Their Crime

MFP Commentary:
It is for  government tyranny like this that the founders insisted that we have second amendment protections.  NEVER give up the  tools  that protect your liberties  — or your slavery is most assured.
~MFP

This is the fifth part of a six part series where Americans will be living a part of history that nobody would ever have thought possible only a few short months ago. All the signs are there, all the chess pieces are lining up. America is entering the zone of genocide and this is precisely what will be covered in the last two parts of this six part series.

The Rapid Fall of America Came With Barely a Whimper

In less than three months, the United States went from a record low, peace-time unemployment rate, a record stock market performance and a record level of public confidence in the economy, as well as high poll ratings for the President in an election year, to a thoroughly defeated nation.

Minus the use of nuclear and/or EMP weapons upon the United States, it would be hard to imagine a more complete and devastating blow to the people of the United States. Harry Dent says that if America went back to work immediately, America would not be anywhere near where we were for at least 6-8 years. America is a thoroughly defeated nation. To myself and many other experienced journalists, we sense that this is the end of America. America and her cohort nations in the G20 have been defeated to a point, where in order to escape the economic devastation that has come to the world, a New World Order government and economic system (ie the Mark of the Beast) will be forced upon the people of the United States…Read More

MFP Commentary:
How much do you want to bet that the Fordland Medical Clinic participates in this Satanic  vaccine  when it is Federally mandated?  And if you dare complain they will fire you like they did me.

Seeking redress from my  ostensible  servants in the  Federal Legislature, those  “servants” whose health  and retirement plans,  make the “Hunger Games” central elites life styles, look like their role models, rather than the US Constitution,  they have  basically  totally ignored me, their boss, & constituent, for months.  There is a high proportion of psychopaths in government (estimated at 9%)  I think I lost the lottery as both of mine seem to be in this camp.
~MFP

666: The Mark Of The Beast Has Arrived

Watch this Infowars Special Report on Microsoft’s world patent number 060606 and the plan for global enslavement.  A 2020 patent filed by Microsoft Technology outlines a technology where human activity is used to mine cryptocurrency using a device that transfers human action data to a master server.Once a human accomplishes an activity sent by the server, the human is rewarded with cryptocurrency for completing the computer-mandated task.Is this the long-feared Mark of the Beast forewarned in The Bible?Click here to see the patent for yourself.
YouTube Version:
Are you sitting down? Seriously…
hot microphone prior to White House press conference today.
pay attention at @20 second mark

@5:10 Dick (the A/V tech) removes mask prior to going offstage

@31:10
Why is Jim Accosta of CNN, who Trump daily castigates…
…emerging from behind the stage?

@31:33
“everyone here’s been vaccinated anyway”

Investigative journalist Jon Rappoport explains that Dr. Anthony Fauci has mentioned ‘immunity certificates’ that will be used to condition the public into accepting a mandatory vaccine. Fauci said the COVID-19 vaccine may be a DNA vaccine, which means it is gene therapy. Synthesized genes are injected into the body. They are expected to set up immunity. However, they PERMANENTLY alter the genetic makeup of the recipient. This amounts to genetic experimentation on humans in the quest to invent “new humans.” -GEG