People across America are beginning to say “enough is enough” and are taking a stand to resist medical tyranny while the rest of the nation just willingly complies and watches the rapid destruction of lives, jobs, and personal liberties.

If 10% of the population resists, we have a full blown revolution on our hands, and that is what it is going to take to end medical tyranny.

So if you see a lone, brave soul take a stand for life and liberty, take off your mask and join them!! 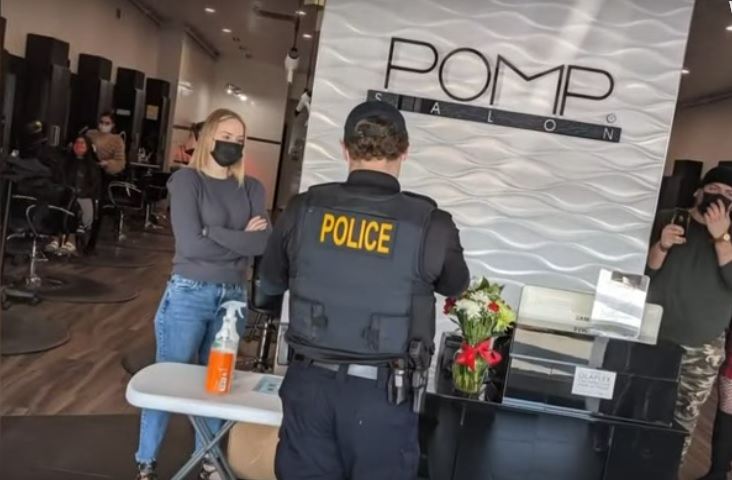 By Brock Simmons
The Gateway Pundit

Bravely putting their lives on the line to protect the public from hair stylists serving customers, police in Stockton, CA, raided Pomp Salon just before Christmas and ordered the place to close, as it been operating in defiance of Governor Newsom’s shutdown orders.