We are NOT going to defeat these Satanist without risk. We should worry more about what will happen if we do not go to DC! 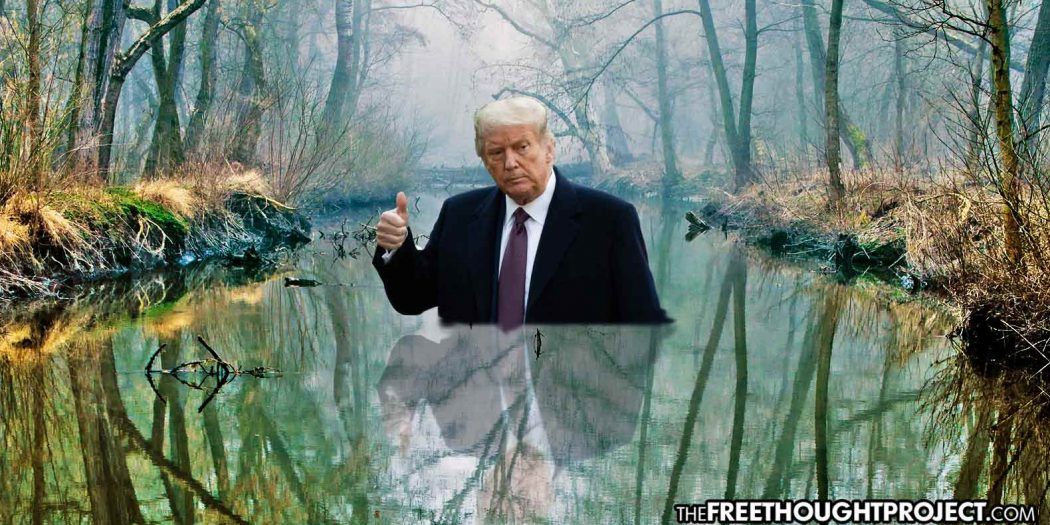 When I saw that Trump caved in and signed the $2.3 TRILLION bill robbing Americans at the expense of Wall Street Billionaires, I was preparing to write an article stating that his true motives have once and for all been revealed with this theft of America as well as the criminals he has chosen to pardon.

But Matt Agorist of the FreeThoughtProject beat me to it (see below.)

The only thing I will add here, is that if you still think Trump is going to save the Republic and you are planning on heading to Washington D.C. on January 6th to show your support of him, you could very well be putting your own life at risk and be taking a suicide trip.

Washington D.C. is a cesspool of corruption and Satanic activity, and it could be pure suicidal for American patriots and militia groups to all be there at one time, giving the enemy the opportunity to take out as many of you at one time as they can.

Why would you risk that? For Trump??

President Trump is still the President of the United States and the Commander in Chief of the nation’s armed forces. If he wants to start arresting criminals for treason, he doesn’t need my help or your help, at least not in Washington D.C., one of the most corrupt places on the planet.

If Americans want to take their country back and drain the swamp, you better start planning on doing it now, without Trump’s help. There is no telling what his handlers are going to tell him to do in the days ahead, and even if he himself does not have nefarious plans in store for citizens and militia groups who may go to Washington D.C. on January 6th, there probably are many others who do.

Stay home and start planning now to take control of your local and State government criminals, where you will be fighting on your own territory where you can have better control of the situation.

It is going to take massive defections from true and honorable Americans who are still left in the military and law enforcement if there is any hope at this point for saving America.

Pray to God, and trust God, not Trump.

By Signing the COVID ‘Relief’ Bill, Trump Proves He’s Been Part of the Swamp All Along

Earlier this month, a rare occurrence took place in which lame duck president Donald Trump addressed the country and said a bunch of words in a row that I actually agreed with.

“Congress found plenty of money for foreign countries, lobbyists and special interests, while sending the bare minimum to the American people who needed it,” Trump said. “It really is a disgrace.”

Trump promised a veto of the Covid relief package which included language to criminalize online streaming and meme sharing.

Seriously. The punitive provisions crammed into the enormous bill, warned Evan Greer of the digital rights group Fight for the Future,

“threaten ordinary Internet users with up to $30,000 in fines for engaging in everyday activity such as downloading an image and re-uploading it… [or] sharing memes.”

As a lame duck, Trump had absolutely nothing to lose by taking a stand against the wasteful spending in the bill and the kick in the teeth that is a $600 payment to Americans….Read More

DC Metro Police Attempting to BAN “ALL” FIREARMS During Jan. 4-6 Rally; Cite Law Which Applies SOLELY to “Licensed Pistols” and NOT to Rifles or Shotguns . . .They’re afraid ! – Hal Turner