Steve Quayle has more on this if you join Q-Files

It seems that Eastern cities when they riot are going to be denied any resupply by truck. ~MFP

Christians have been silent on these no fly lists for 20 years. No action taken.  Some perhaps  “prayed”  and did nothing else and we see what   modern   Christians have brought us.   We reap what has been sown.   ~MFP

The left is projecting  all of the things that they are involved with,  onto  the right. ~MFP

The ‘War On Terror’ Comes Home
written by ron paul

While Pastor Baldwin and  I  may disagree on some things,  this is one of his talks/ Sermons  that are  very much worth your time to listen to. ~MFP

It seems that  Scottsdale AZ based web hosting company GoDaddy  is as  I had learned  in the past,  is surprise: another deep state controlled corporation.  ~MFP

The  discredited deep state organization known as the FBI wants to project the crimes of the left onto the right.   They want to criminalize you exercising any of your rights. ~MFP

The FBI bastards are removing “stop the steal” from the net if I understood correctly.  ~MFP

FBI RED ALERT: What Do They Know? Intel Says It Will “Shock The Soul Of The Nation”! – Restricted Republic w/ Lisa Haven & Justus Knight

FWIW Missouri needs to secede  from the Communist States of Amerika ASAP. ~MFP 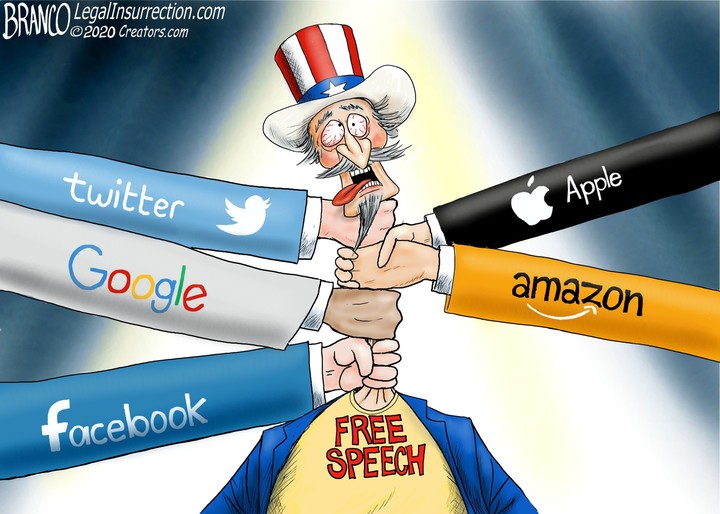 MUST READ: This Is How Your Life Will Look Like Under The Martial Law – survivaldan101

I am currently listening to Trump address the nation from the Alamo in TX.
It is not being covered anywhere in the MSM! The Emergency Broadcast  System  refused to carry it!   Today the deep state pushed a heavy DNS attack on infowars and the site has been up and down.  I got better  coverage of the speech on my cell phone at infowars.com than on  my laptop.

If the entire Internet is not taken down I will soon publish a link on banned.video where I expect the speech in full to be posted.

Sometimes I wonder if Trump works for the deep state. He should of at the very least have declassified everything.   Americans do not even know that he had Underground Chinese bases bombed along the Canadian border:
Steve Quayle has confirmed this story that Hal Turner first broke.

Perhaps Trump (he hasn’t been doing the logical thing so I am not hopeful)
will do some Fireside Chats as many have been advising him to do for the 4 years that he has been in office.)   will expose the deep state in other soon  to come  speeches…..  I am not holding my breath that he will finally see the light.
Pray for Trump  ~MFP

I have been very disappointed in Trumps inability to take good advice and take action. So far it seems that he has totally pissed away a great opportunity

John Moore ( of Lebanon MO) show he has guests on that prove that   agent provocateurs  called Antifa  ran the false flag riots at the capitol.

They go in a lot of directions and is very informative listening:

BREAKING: Trump Addresses Nation: We Believe in the Rule of Law, Not Violence and Rioting –  Infowars