Just when you thought that the criminal spying  could not get any worse….

The Immigration and Customs Enforcement (ICE) agency has officially gained agency-wide access to a nationwide license plate recognition database, according to a contract finalized earlier this month. The system gives the agency access to billions of license plate records and new powers of real-time location tracking, raising significant concerns from civil libertarians.

The source of the data is not named in the contract, but an ICE representative said the data came from Vigilant Solutions, the leading network for license plate recognition data. “Like most other law enforcement agencies, ICE uses information obtained from license plate readers as one tool in support of its investigations,” spokesperson Dani Bennett said in a statement. “ICE is not seeking to build a license plate reader database, and will not collect nor contribute any data to a national public or private database through this contract.”…… Read More 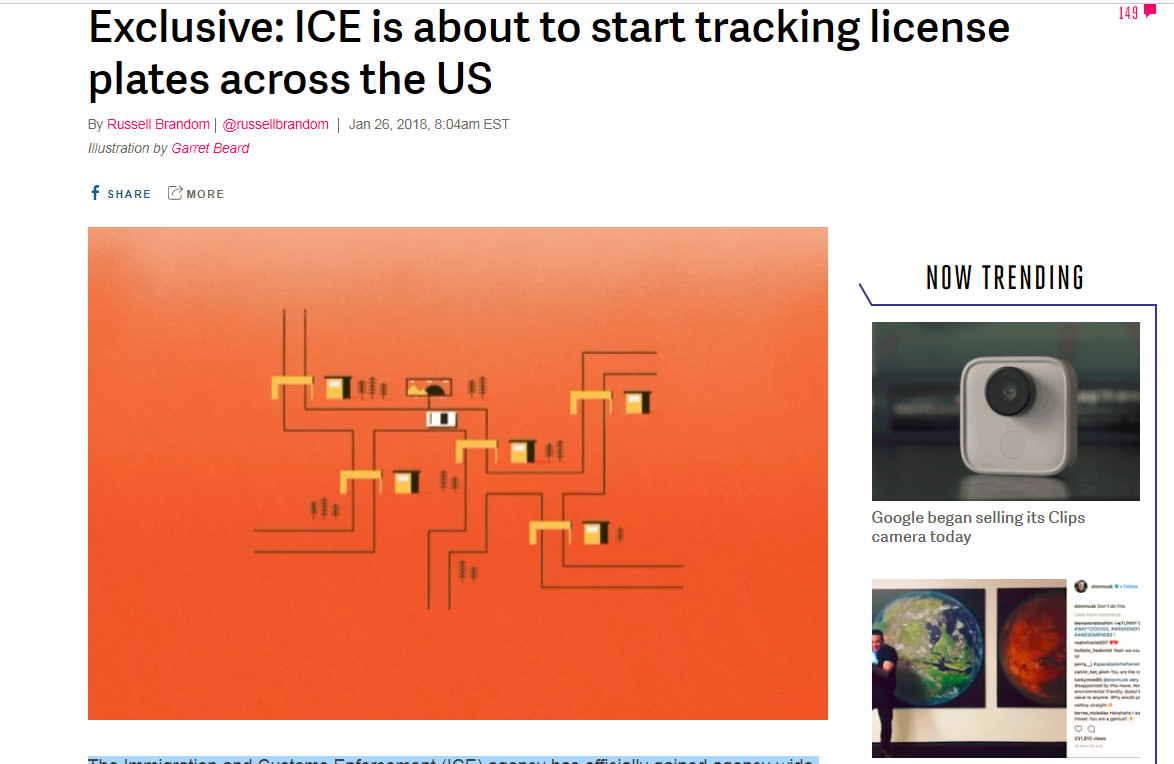