Justice Sleeps and ‘We the People’ Suffer: No, the U.S. Supreme Court Will Not Save Us

“The Constitution is not neutral. It was designed to take the government off the backs of the people.”—Justice William O. Douglas

The U.S. Supreme Court will not save us.

It doesn’t matter which party gets to pick the replacement to fill Justice Ruth Bader Ginsberg’s seat on the U.S. Supreme Court.

The battle that is gearing up right now is yet more distraction and spin to keep us oblivious to the steady encroachment on our rights by the architects of the American Police State.

Americans can no longer rely on the courts to mete out justice.

Although the courts were established to serve as Courts of Justice, what we have been saddled with, instead, are Courts of Order. This is true at all levels of the judiciary, but especially so in the highest court of the land, the U.S. Supreme Court, which is seemingly more concerned with establishing order and protecting government interests than with upholding the rights of the people enshrined in the U.S. Constitution.

As a result, the police and other government agents have been generally empowered to probe, poke, pinch, taser, search, seize, strip and generally manhandle anyone they see fit in almost any circumstance, all with the general blessing of the courts.

Rarely do the concerns of the populace prevail.

When presented with an opportunity to loosen the government’s noose that keeps getting cinched tighter and tighter around the necks of the American people, what does our current Supreme Court usually do?

More often than not, it gives the government and its corporate sponsors the benefit of the doubt, which leaves “we the people” hanging by a thread….Read More

Many are still wide-eyed over the flim-flam predator man behind the COVID-19 NWO shell game.

Now, DARPA is announcing they will be launching a digital nanotech microchip to monitor whether or not you have received the coronavirus vaccine while the CDC is randomly knocking on doors in Atlanta and Houston pressuring forced blood tests.

MFP Commentary:
Unfortunately most Americans are not this smart and don’t realize that the tyranny will stop when they  make it stop. That you get the government that you will put up with.
~MFP

According to the Pioneer Press, a team of state and federal health workers who were conducting random coronavirus testing in communities across Minnesota were met by armed residents uninterested in being tested.

There was no violence. But the residents made plain their feelings about being tested.

The incident came to light after at least two Twin Cities-area police departments posted an email from the Minnesota Department of Public Safety on their social media accounts.

“The households are randomly selected so examiners will be out knocking on doors,” the message says. “I am sending this email because a team of MDH and CDC examiners was recently confronted by a group of armed citizens while out in a neighborhood.”

When confronted by the armed group, the team simply turned around and walked away and were not followed, according to a spokesperson….Read More

MFP Commentary:
I personally do not have Hydroxychloroquine in my health quiver at this time, mainly  because I have other things that will work just as well.  I have used All Day Chemist  as a source of reliable and inexpensive medications for years, that the US government tries to keep from us the serfs on their plantation from obtaining . Land of the free my arse! Support the standing army…again my arse!

Anyhow if  you are looking for Hydroxychloroquine these are the people that I would use,

Please educate yourself in this matter as I have done or your mileage my vary.
~MFP

“There was of course no way of knowing whether you were being watched at any given moment. How often, or on what system, the Thought Police plugged in on any individual wire was guesswork. It was even conceivable that they watched everybody all the time. But at any rate they could plug in your wire whenever they wanted to. You had to live—did live, from habit that became instinct—in the assumption that every sound you made was overheard, and, except in darkness, every movement scrutinized.”—George Orwell, 1984

Once upon a time in America, parents breathed a sigh of relief when their kids went back to school after a summer’s hiatus, content in the knowledge that for a good portion of the day, their kids would be gainfully occupied, out of harm’s way, and out of trouble.

Back then, if you talked back to a teacher, or played a prank on a classmate, or just failed to do your homework, you might find yourself in detention or doing an extra writing assignment after school or suffering through a parent-teacher conference about your shortcomings.

Of course, that was before school shootings became a part of our national lexicon.

As a result, over the course of the past 30 years, the need to keep the schools “safe” from drugs and weapons has become a thinly disguised, profit-driven campaign to transform them into quasi-prisons, complete with surveillance cameras, metal detectors, police patrols, zero tolerance policies, lock downs, drug sniffing dogs, school resource officers, strip searches, and active shooter drills.

Suddenly, under school zero tolerance policies, students were being punished with suspension, expulsion, and even arrest for childish behavior and minor transgressions such as playing cops and robbers on the playground, bringing LEGOs to school, or having a food fight…..Read More

The late author of The Committee of 300, John Coleman, actually educated me on the history of public opinion polls and published suspect research studies and their actual intended use.

Coleman was one of the first authors to expose the true intent of the Tavistock Institute, which was created in 1913. This organization is the mother of all propaganda efforts. Manipulation of public opinion, on behalf of the achievement of achieving globalist goals is the sole purpose. Even today, more than a 100 years after the creation of this propaganda factory, Tavistock provides training to mainstream media (MSM) outlets on how to bend the will of the people to the globalist agenda.

If there is a central theme to their propaganda, it lies in the value of using public opinion polls, or reporting fake medical data, in order to create a group think mentality. Group think is a shared sociological and psychological term which works on the premise that if everyone else believes something to be true, what is wrong with YOU for not believing the same thing? The globalists that run Tavistock have been highly successful in shaping the social, cultural, educational and economic opinions of the general public. If you do not think so, just look at the mantra that permeates our airwaves where nearly every commercial and MSM talk show reminds us to (1) social distance; (2) wear a mask; and, (3) stay home as much as possible.

There is an experiment that was conducted in the 1950’s which demonstrates why present day America is totally acquiesced to unconstitutional authority…..Read More

Is that Mask Giving You Lung Cancer? It’s Criminal to Force Children to Wear Masks all Day – Medical Kidnap

This is an interview of the author:
Jeff & Stefan Verstappen – How It Went Down… 7 Dire Warnings From The Future – Jeff Rense

The most obvious example is the one we have been reporting on for years now here at Health Impact News, which is the government-funded child welfare system commonly referred to as “Child Protective Services,” or CPS, which is the main vehicle by which children are kidnapped from their families and trafficked.

Child sex trafficking has been a hot topic in the corporate media recently, and every time I am alerted to some of these news stories, especially where rallies or demonstrations are taking place, I always look at the group behind these public demonstrations, and who the leaders are within these groups.

Very often Child Abuse Pediatricians and hospital child abuse clinics are involved, and as we have documented over the years, these doctors make their living solely by finding “medical abuse” so they can take custody away from the family and put them into the lucrative multi-billion dollar a year foster care and adoption system.

We need to call this what it really is: Child Trafficking.

These government-funded and privately run groups do not care about the welfare of children at all. If they did, they would do everything possible to keep children at home with their families, by supporting those families, which in many cases are poor, minority families.

The Christian Church is one of the largest entities guilty of child trafficking, calling it “Orphan Care.”….Read More 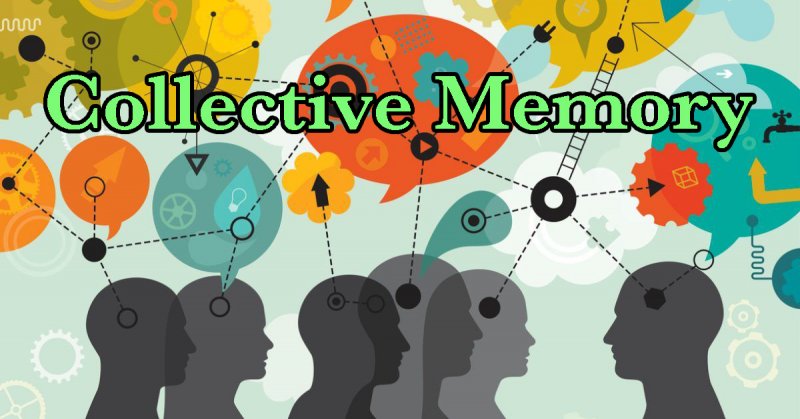 British scientist Rupert Sheldrake has been speaking about the cutting edge of the new cell biology since 1981, when he published his groundbreaking book, A New Science of Life: The Hypothesis of Formative Causation. Despite hostile, ad hominem attacks of his ideas that cell growth is directed by more than mere genetic coding, Sheldrake’s critics have produced neither valid arguments nor evidence that counters his laboratory observations and theories.

Morphic Fields
Sheldrake proposes that ‘memory’ is inherent in cells, and that life exhibits “evolutionary habits,” a quality that Darwin also noted. “Cells come from other cells and inherit fields of organization” and that morphogenesis innately depends on organizing those fields, which he refers to as morphic fields…Read More