MFP Commentry:
As unbelievable as this may sound to some of you. Please check out the sources. This is all true and verifiable. 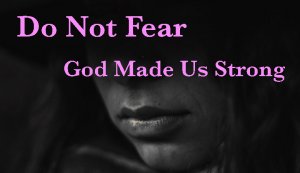 Dr. Jeff Prystupa joins the program to discuss the fact that 91% of breast cancer diagnosis is not cancer. This was reported in July, 2013 by the National Cancer Institute (NCI), the Journal of the American Medical Association (JAMA), and the New York Times. Dr. Jeff explains how most of the cases that are misdiagnosed are actually calcification and not cancer, and will never become cancer. Dr. Jeff Prystupa is the Research Director for Women Against Breast Cancer and the Human Patient Association. You can see more of their work at WomenAgainstBreastCancer.com (note: there is a current issue with the site, they are working on it).

MFP Commentary:
A  cancer cure that was hidden and repressed by our medical monopoly. Even good at treating lung and brain cancers….
How many people that you know that have died of cancer might have lived IF the medical monopoly was not really about shutting down cures and instead hiding cures and selling use expensive ineffective treatments? If this does not piss you off then perhaps you are drinking too much of the state provided fluoride.
~MFP

A Cancer Cure Has Gotten Out of Control

While Wall Street awaits the entry of over 1,813 new cancer drugs into human clinical trials representing billions of dollars of investment capital, the announcement of a bona fide cure for cancer comes from an outsider – patient Joe Tippens.

An astounding report of Mr. Tippens’ cancer cure is circulating the internet now.  First diagnosed with small cell lung cancer in 2016 and with tumors popping up on scans in virtually every organ in his body, in desperation Joe Tippens began using a dog de-worming agent at the suggestion of a veterinarian.

He was told this cancer cure “was batting 1,000 in killing different cancers.”  He heard one of the scientists involved in the research was cured.  He had no time to dither.  He was weeks away from dying.

Treatment began in the third week of January 2017.  Three months later at MD Anderson Cancer Hospital in Houston, Tippens anxiously awaited the report of his oncologist who had no idea Tippens started taking the dog deworming medication.

The doctor is reported to have walked up to Mr. Tippens and said: “I am going to have to ask you to leave this hospital, because we only treat patients with cancer here at MD Anderson.”

Within just 3 months his cancer vanished.  His insurance company spent $1.2 million before Tippens switched to a $5 a week medicine that saved his life.  Daily vitamins and CBD oil were also an essential part of his curative regimen.  Here’s the video report…… Read More