“Stand fast therefore in the liberty where with Christ hath made us free, and be not entangled again with the yoke of bondage.”
~Galatians 5:1 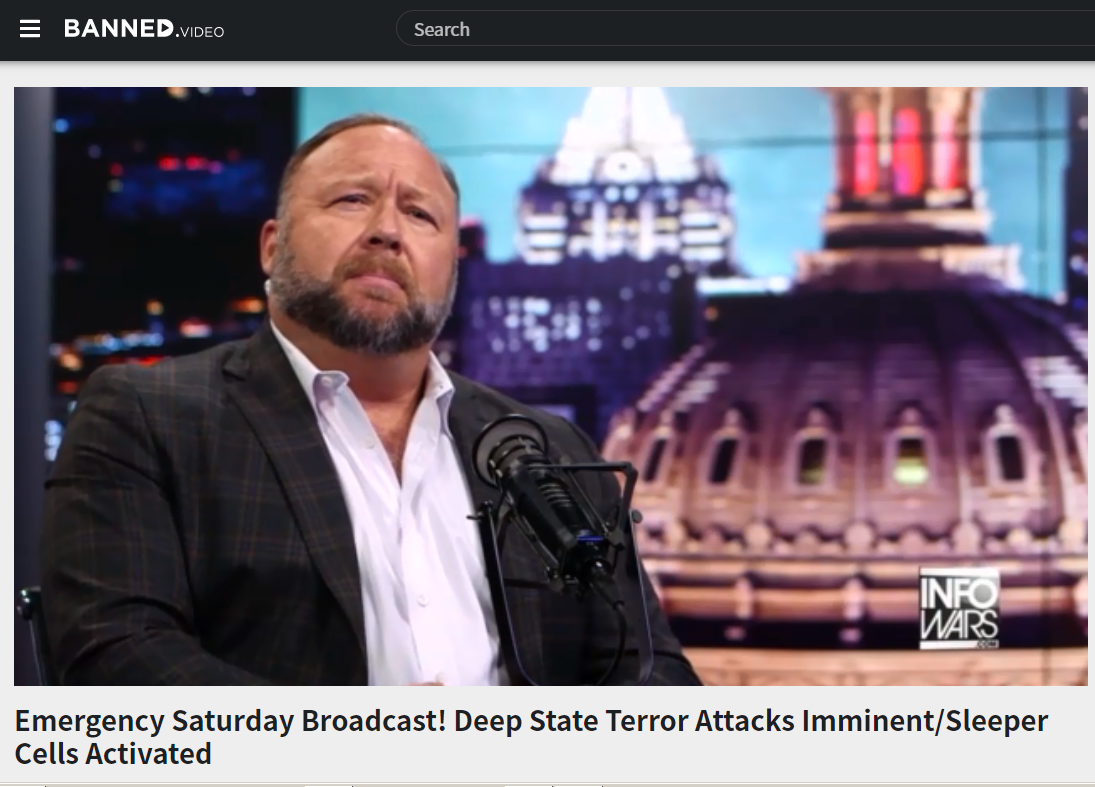 World’s Largest Insect Farm To Be Built In Illinois Amid Signs Of Soaring Food Inflation  –  ZeroHedge.com FYI Steve Quayle talks fast and slowing it down can help. I use the VLC  player on this easily shared and downloaded MP3 audio file:
Steve Quail: We Are Under Full Scale Communist Siege Steve Quail: We Are Under Full Scale Communist Siege – Infowars

IMPORTANT TO HEAR: Situation Update, Jan 14th, 2021 – The FEMA + Military coup to SAVE America, not destroy it – Mike Adams

Situation Update, Jan 14th, 2021 – The FEMA + Military coup to SAVE America, not destroy it

You should be able to DL and keep if the internet goes down this mp3:

This is very credible and I take back the bad things I thought about Trump!
There is a similar interview of Dave on Sarahwestall.org  but it has been posted yet.  Here it is:

You are going to have to join this site for about $4 a month or $30 a year. Do not hesitate is my very strong advice:
This is absolutely top notch intel if you do not  miss it! I will put the link to the public interview on Sarahwestall.org  as soon as I goes up. Or go there and check for yourself.

This speech was censored EVERY where except at Infowars  today. Even the Emergency Broadcast system refused to carry it.

Many pray that he has the spine to expose the real crimes of the deep state before he leaves office. Or the fact that he recently  authorized the bombing of Communist Chinese installations along the Canadian border. This may sound  nuts to you if you are new to this game, and I encourage you to do your due diligence. Much can be found if you search this site.    ~MFP 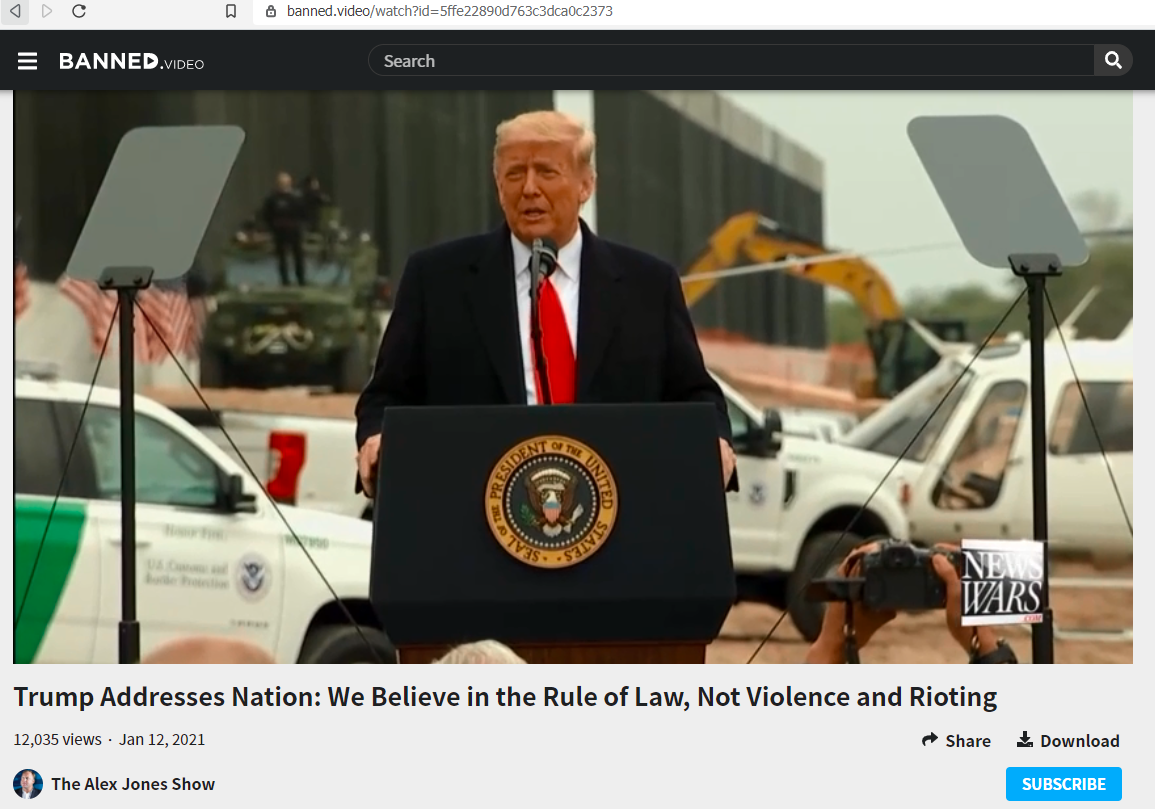 Trump Addresses Nation: We Believe in the Rule of Law, Not Violence and Rioting

What to do?
I suggest that YOU spread this. Yell it  from the roof tops! Or soon we will be voting from the rooftops.

I am praying that this speech was just  counter intelligence and that he is still going to be able to enforce the insurrection act with the military. Perhaps I am just a hopeful old man. Trumps past behavior does not portend well for him doing the right thing.

This is the most critical , pivotal point in human history.  It is an immense  blessing  to be  alive to  carry forth the wishes of our  Father  concerning   Lucifer  an enemy that has unveiled himself after 2000 years of hiding.

UPDATE: It appears that Pope Francis tweeted out this morning, however Conservative Beaver has confirmed Pope Francis has a social media team that schedules his posts, and this one was pre-planned. If you click on the tweet, you can see TweetDeck was used to schedule the post.

Pope Francis is still in Federal Custody in Italy, hence, he has not been seen on video. The FBI are enroute for the interrogation, according to sources.

The Italian National Prosecutor’s Office confirmed it ordered the arrests, and filed the charges.

Military officers, Italian police, and their Sex Crimes Unit went to the pope’s home in the Vatican, they arrested him and several other high ranking officials, and placed them all under arrest without incident. People near the scene have reported hearing gunshots, but the Police would not confirm if they were the ones firing the weapons.

Pope Francis is currently being held in an unknown prison, being interrogated by Federal Agents working for the state of Italy and Interpol. The FBI is reportedly making arrangements to fly in and interrogate him once Interpol is done with him.

Giuseppe Governale, Italy’s chief anti-mafia prosecutor, was called in early into the investigation into Pope Francis and others within the Vatican. He said the group was “underestimated” and particularly dangerous because of its ability to proliferate across nations and infiltrate them….Read More 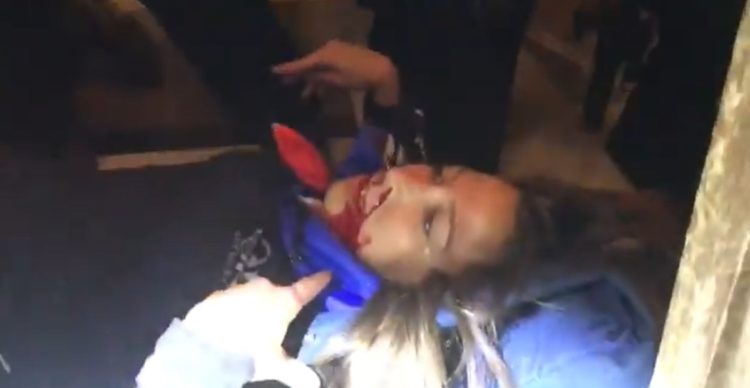