The founders told us that only an educated electorate would be capable of holding onto a Republic.   At the time newspapers were the tip of the spear in the education of the people, as were the then private schools that everyone attended.   The militia  was ubiquitous, and protected citizens against criminal gangs, Indians, and tyrannical government.

Today this is all turned upside down, our schools are based upon the Prussian educational model from the 1870’s, that was openly admitted to be a means for the state to educate the children to be of use to the state. and  to teach them to not question their government.  The exact opposite of the way American children  were educated prior to the mandatory  Prussian type  schools that we now have.

Today our “government schools”  (they are no more “public schools”  than the Federal Reserve is Federal)  are implemented by both the first and tenth planks of the   communist manifesto.  Today our entire educational system, our media,  our health care, our legal defense, and our newspapers are controlled by the Deep State/New World Order (or whatever you choose to call them)  Today  the “police” have replaced the militia, and  rather than protecting our rights, they   by terror, threat, and traumatization, enforce every illegitimate  law, put in place by the Deep State.  Today the “police” are the real  threats.  It is they,  that are the most likely to violate your rights. They have become the “standing army” that the founders warned us about.  Most are  “useful idiots“, that have no idea of the globalist agenda that they are helping implement.  Even Jesus recognized the existence of “useful idiots”, in the Roman soldiers that nailed him to the cross.:

Luke 23:34
“Then said Jesus, Father, forgive them; for they know not what they do. And they parted his clothing, and cast lots.”

Those soldiers were the  “useful idiots” & “police” of that time.   We have them in our time too.

We are no longer a free country or a republic.  Largely as a result of “government schools”,  the electorate has no clue as to the principles that this country was founded upon,  the rights that they possess,  nor the proper place of government.

It is the  mission of Missouri Free Press to rectify this dumbing down of the American electorate.  The mainstream newspapers are certainly not educating people, they are part of the dumbing down process.   If you choose to read MFP,  we will educate you as to the founding principles, your rights, and the proper place of government. (according to the founder’s own words)

“Government is not reason, it is not eloquence, it is force. Like fire it is a dangerous servant and a fearsome master. ”  ~George Washington

Begin your education with this 40 year old classic. It is an epiphany to many:

“Since when have we Americans been expected to bow submissively to authority and speak with awe and reverence to those who represent us? The constitutional theory is that we the people are the sovereigns, the state and federal officials only our agents. We who have the final word can speak softly or angrily. We can seek to challenge and annoy, as we need not stay docile and quiet.”—Justice William O. Douglas, dissenting, Colten v. Kentucky, 407 U.S. 104 (1972) 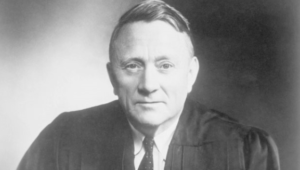 For the record, we as Americans, do not plan to remain “docile” or “quiet”, as Justice Douglas put it. In fact we plan to “challenge”, and will at times speak “angrily”. Remaining quiet is in itself doing evil, and we will not partake in that sin of omission.

When you seek the truth you run up against very dark forces, and we ask that you pray for us.

“Have nothing to do with the fruitless deeds of darkness, but rather expose them.”
~Ephesians 5:11

In addition to your prayers we hope to benefit from your actions; from you supporting us by spreading the word about MFP. From some of you writing news stories, or an editorial, from some of you from going out and filming your city council meetings, writing about it, and posting it here. Only with your help, and prayers, will we succeed.

Thank you for visiting us. We hope to see you around.
Dum Spiro, Pugno ~MFP