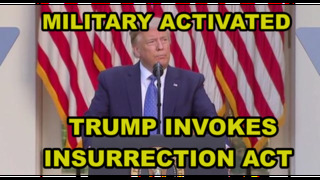 It has been confirmed that President Trump has signed the Insurrection Act.

General Flynn to be appointed as Vice President.

The end of the Catholic religion and the Pope to be arrested as a Pedophile.

No, the Insurrection Act has NOT been invoked . . . yet  –  Hal Turner Radio