MFP Commentary:
It’s a fact, I along with most of  my generation were injected with live cancer virus’s, SV40 among them,  as a child when I received the live polio vaccine.  The US government knew about it,  as the “expert” that they hired told them about the cancer and not to use the current vaccine.  They ignored her and used it on over 100 million human beings. This is also the main reason that Nixon started the “war on cancer” as a deluge of cancer was expected and did happen.

This evil has not changed:
Today places like the Fordland  Medical Clinic continue to inject your children and family with vaccines that are known to contain cancer virus’s.
Here is a related story:
MEDICAL HORROR: Genetic sequencing of common vaccine finds entire male human genome from aborted human baby… “a complete individual genome” with abnormal, modified genes… 560 genes linked to cancer
~MFP

What the CDC Won’t Tell You About SV40, Polio Vaccines and Cancer

The relevant facts were known by the scientific community back in 1960, but it wasn’t until lawsuits and investigative reports in the 1990s and a Congressional hearing in 2003 that the public was informed about the scale of the contamination and its possible link to many of the deadly forms of cancer spreading today. Yet little has been acknowledged in public discussion since that point.

In the aftermath of these admissions and inquiries, the CDC launched a fact sheet page on its website addressing the links between “Cancer, Simian Virus 40 (SV40), and Polio Vaccine” which noted the discovery of SV40, its presence in an estimated 10-30 million doses of polio vaccine and disputed scientific claims concerning its presence in cancer tumors and its possible role in causation.

Worse, scientists in the late 1990s revealed a secondary form of SV40 that was present in post-1963 versions of the polio vaccines — after the formulations with SV40 were replaced — which were not detectable in the testing methods used up until that point — meaning that the impact of this virus on the public could be even more widespread yet largely unknown.

But as of June 2013, that CDC page has been apparently scrubbed and is no longer available, except through a cached version shown in this video…..Read More

MFP Commentary:
Another smoking gun pointing to cancer virus’s being  purposefully put into children’s vaccines.   It seems like these are the very same vaccines and  cancer virus’s that the Fordland clinic has been injecting into you and your children for decades.   It was Nurse Sonia Cass’s

vigorous defense  of these blatantly dangerous vaccines and other  Federally mandated policies, that started this series off about the clinic.  Read about that here:
MEDICAL TYRANNY at the Fordland medical clinic?
~MFP

** Stay tuned as Dave Hodges has broken a story on a chemical that causes type 2 diabetes being found in many of big pharma’s vaccines.   Yes you read the above 2 statements correctly.   There is a huge eugenics agenda being implemented on the human race.  This is but the tip of the iceberg. These  are the very same vaccines as those  pushed  by our local Fordland Medical Clinic as part of their effort to implement every Federal health mandate, coming from the eugenic pushing  psychopaths  in  Washington DC.   Health is the last thing on their minds it seems.

“…..What’s clear from this genetic sequencing is that the vaccine industry is inoculating children with engineered cancer. As CHD explains, the vaccines are deliberately formulated with cancer-causing genes which have been specifically modified to promote cancer tumors:….”

Josh Gupta-Kagan, a professor of law at the University of South Carolina School of Law, has just published a new report on “America’s Hidden Foster Care System.”

In most states, child protection agencies induce parents to transfer physical custody of their children to kinship caregivers by threatening to place the children in foster care and bring them to family court.

Both the frequency of these actions – this Article establishes that they occur tens and likely hundreds of thousands of times annually – and their impact – they separate parents and children, sometimes permanently – resemble the formal foster care system.

Professor Gupta-Kagan goes on to explain that recent changes in Congress, including the passing of the Family First Act, actually provides incentives for this “hidden” foster care system under the seemingly good practice of encouraging “kinship placement.”

Richard Wexler has written similar analyses of the Family First Act in the past. See: …. Read More

MFP Commentary:
The founders balked at a total tax rate of 5%,  and went to war over it. Now most Americans pay in excess of 100 taxes that amount to over half of what they make.  (Chattel slaves in the south had about 50% of their productivity confiscated by the plantation owners. )  Can you tell me what the difference is between today’s taxes, and being a chattel slave? Not  much except that the burden is less on the slave owner. (government)
The founders would have revolted long ago IMHO.

“The tree of liberty must be refreshed from time to time, with the blood of patriots and tyrants. It is its natural manure.”
~Thomas Jefferson

Related Stories:
Major Tax Increases Are About To Slam America As Cities & States Want You To Pay For COVID Fallout

A grocery shopper in Los Angeles on July 24, 2019. (Photo by Mark RALSTON/AFP/Getty Images)

Americans on average spent more on taxes in 2018 than they did on the basic necessities of food, clothing and health care combined, according to the Bureau of Labor Statistics Consumer Expenditure Survey.

The survey’s recently published Table R-1 for 2018 lists the average “detailed expenditures” of what the BLS calls “consumer units.”

“Consumer units,” says BLS, “include families, single persons living alone or sharing a household with others but who are financially independent, or two or more persons living together who share major expenses.”

The combined payments the average American consumer unit made for these five categories of taxes was $18,617.93. 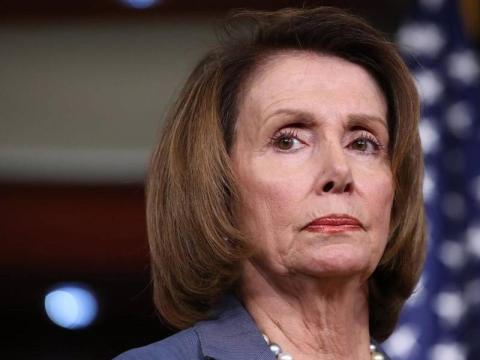 Trevor Loudon’s expert research skills are on display as dozens of modern Democrats are discovered to have close ties to the Democratic Socialists and the American Communist Party. Many of them traveled to Cuba , several times, prior to it being legal.  Here is the story and one will quickly see that they are working to bring down the American government. This is an eye-opening presentation that needs to go far and wide. Our country and our victim are on under attack. This is both a revolution and coup at the same time. 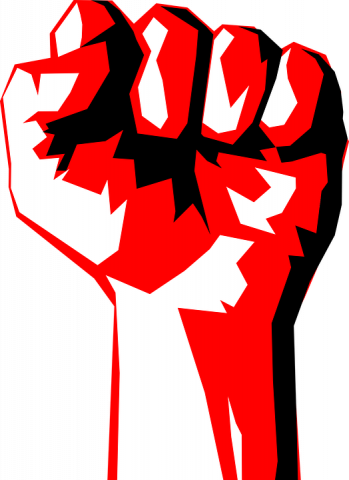