MFP Commentary:
This story may seem way out there, but  these guillotines existence have been absolutely confirmed by a 4 star general whistleblower that was murdered by the deep state for his warning us…. With the current   silence and apathy of “Christians” about evil, I would say that this is to be expected if not deserved. ~MFP

“The only thing necessary for the triumph of evil is for good men to do nothing.” ― Edmund Burke 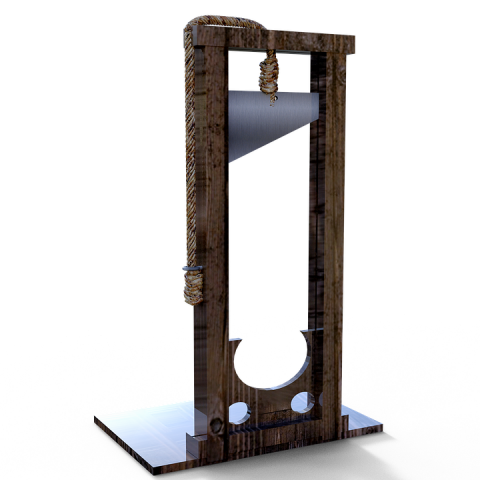 Did you know that the guillotine is the most efficient and cleanest killing machine on fhe planet? Off with the head and the organ harvesting can continue in abundance. Reportedly, a guillotine can chop off the heads of about 100 people per hour. In one hour, the ruling authority has the capacity to execute as many as three million people. In one ten hour day, 30 million people could be executed by way of the guillotine. The best question to ask is not whether anyone would do this, but rather, how many people will be executed by guillotine after the Leftist overthrow of America is complete and the reign of terror begins? Yet, very few have the courage to even look objectively at this topic. Even fewer would dare to talk about it in private conversations. ……Read More