As most  “Christians” sit on their collective asses and ignore evil: 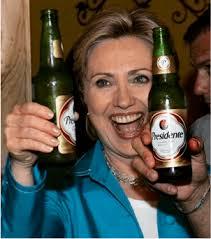 It has been well-publicized that a group of witches are meeting on October 25th to cast spells on President Trump and conservative supporters of the President. This is a highly significant event, because it shows who and what is on the verge of taking over America.

Before revealing the true purpose behind this article, it is important to note that the New World Order and its subsidiary organizations of the Deep State and the Demoncratic Party are decidedly Satanic in worship and practice. If you have wondered why the leadership has foresaken the rule of law, these satanists have clearly embraced another paradigm. Here is a case in point from a prominent globalist from the United Nations:

It is time for a lesson in reality. The globalists and their political appartus controls the Deep State, Democrats and even many Republicans are satanic and if they are not satanic their past bad acts makes them vulnerable to blackmail in exhange for their votes. We saw it in Obamacare as compromised Senator after comromised Senator changed their Obamacare vote because they were being leveraged. And these satanists and compromised elected officials will vote for impeachment and then convict the President. This is necessary because no Democrat, including Hillary, can defeat Donald Trump. Therefore, Trump must be impeached and then Hillary will have a smooth parth to the Presidency……Read More