Our reality is such that frequencies have a much more profound effect on us than we’ve been previously led to believe. This reality can no longer be ignored.

As technologically advanced as we are constantly told we are these days, there are some technologies just now being presented to the public as “new” when they are not new at all but have simply been widely suppressed for decades. Things like the “new” digital neuro headbands that pulse specific electromagnetic frequencies into a person’s head to “transition” his or her moods, for example.

It has also come out in recent years that frequencies can cure diseases, including cancer. Professor and researcher Anthony Holland even gave a Tedx talk on “Shattering Cancer with Resonant Frequencies” a few years back, discussing the ability to destroy cancer cells and deadly super bugs like MRSA with oscillating pulsed electrical fields… not that you probably heard about it on the nightly news or anything.

As someone pointed out in the comments, phrases like, “They hadn’t seen anything quite like it. Seems to be a new phenomenon,” (emphasis mine), made viewers who know about the organized suppression of such technologies since at least the 1930s want to slam their own heads into a wall.

I think that this legislator is referring to the criminal practice of “police” to randomly brandish their weapons at people for any reason or no reason at all. Brandishing a weapon is a crime everywhere. Being a cop does not change this or  give you special rights. That is unless you believe in moral relativism like the Church of Satan does. (Christians FWIW “claim” to abhor moral relativism. i.e. that crimes are not always crimes. Hence the “relativism” adjective.)
The only time that it is moral to point a deadly weapon at someone is when it is  clearly in  self defense.
That applies to all men. This country was founded upon the principle that all men were created equal and we seem to have thrown that fundamental concept under the bus with predictable results to our liberties. I fully agree with this lady, with the clarification above.  Police departments (or anything else) built upon the concept of moral relativism are concepts that  are quite literally right out of hell.

NOTE: FWIW she is somewhat  wrong. IF the cop is brandishing his weapon at you, you have a moral, God given right, to immediately respond with lethal force. I suspect that the powers that be will trample and criminalize that absolute right to self defense by siding on the side of Satanically inspired Moral Relativism and made up rights.

Lawmaker: It’s Okay To Aim Guns At Cops If They Aim At You First

Nevada Assemblywoman Michele Fiore (R), who is currently seeking her party’s nomination for an open U.S. House seat, said last week that she believes the right to self defense includes the right to aim your gun anyone who aims a gun at you, even if they are a law enforcement officer.

In an interview with a local TV station last Sunday, Fiore attacked the federal Bureau of Land Management (BLM) as “a bureaucrat agency of terrorism.” Pressed by KLAS-8 host Steve Sebelius about whether she believes the Second Amendment grants citizens the right to point a weapon at a “duly authorized law enforcement officer who is just out there doing his job,” she said that self-defense includes the right to aim back at anyone who points a gun at you first — and to put your own life ahead of theirs.

“I would never ever point my firearm at anyone, including an officer of the law, unless they pointed their firearm at me,” Fiore explained. But, the assemblywoman continued, “once you point your firearm at me, I’m sorry, then it becomes self-defense. Whether you’re a stranger, a bad guy, or an officer, and you point your gun at me and you’re gonna shoot me and I have to decide whether it’s my life or your life, I choose my life.”…..Read More

Our fellow patriot and hero, Julian Assange, is in big trouble. At this time, there are reports of him not only suffering psychologically, but also fears from his mother and Ron Paul that the UK is slowly killing Assange in jail, and that they are doing it on purpose.

However, despite all the torcher and pressure that Assange is under, he took it upon himself to write a letter to the world… and you won’t believe what it contains…All that and more below…Read More 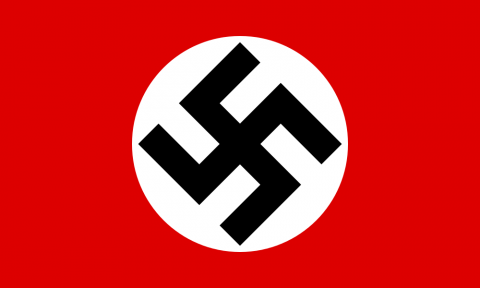 MFP Commentary:
To those fellow christians that interpret Romans 13 to say that government is of God and that we should follow it,  they forget that most of the apostles were put to death for disobeying their governments.   For those of you that have never tangled with “the system”  this is standard operating procedure.  The state apparatus is used on a regular basis to rape and destroy the lives of the citizens that it is supposed to be protecting.  Christians that put government on a pedestal are my mortal enemy  and they should be yours too.

The nightmare of a Tennessee couple who was forced to have a cesarean birth and then had their newborn baby daughter medically kidnapped while traveling through Connecticut on their way to a vacation destination in Maine continues.

See our previous articles for the background information.

While fighting for the custody of their daughter and while attempting to get their case transferred to their home state of Tennessee, Connecticut DCF is reportedly making them drive 20 hours one way from Tennessee to Connecticut each week for a 2-hour visitation with their baby daughter.

The Connecticut judge in their case has reportedly scheduled a hearing in June to terminate parental rights, allegedly ruling that they are guilty of something called “predictive neglect.”

Suzy claims that the sole reason they have been found guilty is because they are an interracial couple…..Read More