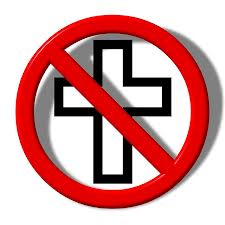 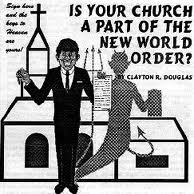 As this Christmas holiday comes and goes, many people are not be attending my former church. With a scant few exceptions the church has been invaded in the same manner that our Constitution has been obliterated. Why won’t  so may be attending their church? Because they want to save my soul for eternity and Satan is in charge of the church. Use your Good Gopher search engine and research the Clergy Response Team and Pastor Walter Mansfield who, as an insider told the world about how your Pastor has more than likely been trained by DHS to get their flock to accept their coming FEMA camp incarceration. And we are giving our money and soul to organizations such as these?

Refusing to Stand Up to Satan’s Evil

As the country struggles to come to grip with the unscreened immigrant invasion, which includes the importation of an unknown amount of Muslim terrorists, MS-13, and ISIS, our economy is threatened like never before, despite Trump’s economic policies, but our collective health and our national security is at extreme risk. And yet, we are unable to look to our churches to provide the leadership needed in this time of crisis. Most concerning is the fact that our country is being overrun by unscreened Muslims from areas of the world that hate Americans. Our FBI says 10% are likely terrorists. As a result, we are staring down the real possibility that we are going to be facing multiple terrorist and false flag incidents. Yet, your pastor is silent. Christians are not being admitted as immigrants under the refugee/resettlement program from the Middle East. Christians are being beheaded, yet the leadership of the Democratic Party has condemned our Christian brothers, in certain parts of the Middle East, to a certain and brutal death, often by beheading as they have since Obama was President. We admit many of the executioners to our country, but not the persecuted. In some parts of the world, being a Christian is a death sentence. If your pastor does not speak about this on Sundays. he is complicit with his silence…. Read More