I generally use Texas as a good example when discussing public policy. Particularly compared to places such as California.

I like the sensible attitude about guns, but the absence of an income tax is particularly admirable when considering economic issues, 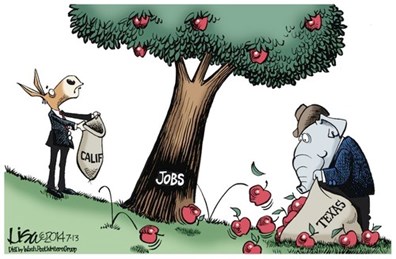 and I confess to being greatly amused when I read about jobs and investment escaping high-tax states like California and moving to the Lone Star State.

But being more pro-market than California is a low bar to clear. And I’ve written that government is too big in Texas.

And now, because of Hurricane Harvey, I have another reason to criticize the state.

Texas has a law against “price gouging,” which means politicians there (just like the politicians in places like Venezuela) think they should get to determine what’s a fair price rather than allow (gasp!) a free market……  Read More