2 Christian men that the “law enforcement”, powers that be, have driven  from this country because they hate  the Truth. A lot can be learned from both of these guys:

TUESDAY, February 9th @ 9 pm EST / 6 pm PST.
Please add SUPPORT@VREVEALED.COM to your safe sender list.
If you do not see it soon, please check your spam/junk folder.
Keep in mind that you will have 24 hours to view each one of the 9 episodes.

I strongly suggest that you drop $3 a month and subscribe to the  Dave Hodges TV channel and listen to the latest Sam  Honnold interviews.  He has very credible information about 5th column terror likely coming in March.  You should also be ware of the plot to call the people that start  dying  from the COVID vaccine like flyies  in a few month “Victims of COVID21”. Don’t fall for it! The Hal Turner Radio show for February 10, 2021 also discussed some of this 5th colum terrorist activity that we should expect in the near future. They also talk about how the coming deaths from the COVID vaccine will be attibuted to “COVID 21” to cover up the in our faces genocide.  Most Americans are too dumbed down to catch on it seems.  The  radio show requires a subscription that starts  at $5 a month.

Here is the Feb 10th  Hal Turner  show  about “COVID  21″and the upcoming 5th Column terror campaign against YOU.

How COVID-19 ‘Vaccines’ May Destroy the Lives of Millions! – Judy Mikovits | Dr. Mercola Must Video – Before Its News (66 minutes)

If Christians Are to Survive, They Must Leave the Church and Form Small Christian Collectives  –  Dave Hodges (article) 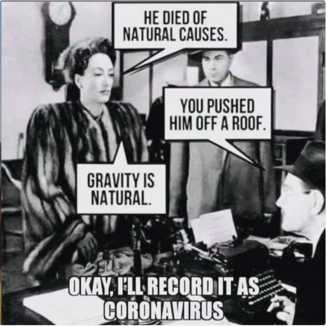 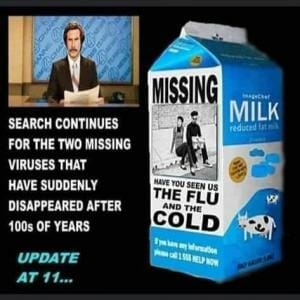 The following list was created by the Israeli rabbi Chananya Weissman. Many thanks to MC for the tip  – 31 Reasons Why I Won’t Take the Vaccine –  gatesofvienna.net

One Man’s Terrorist Is Another Man’s Freedom Fighter: In order for tyranny to be established, people who love freedom must first be demonized.SQ;FOLLOWED BY THEIR DESTRUCTION OR ANHILATION! WHICH THE SHADOW GOV’T HAS PLANNED – alt-market.us

Tens Of Millions More Americans Are Becoming ‘Slaves To The System’ As Economic Armageddon Unfolds For Small Businesses And The American Worker And An Eviction Tsunami Looms –  allnewspipeline.com

My response to Dave Hodges:
There are 2 reasons that this does not have to happen Dave:
1.) The US Constitution guarantees a jury trial for both criminal and civil matters.
2.) Fractional reserve banking is based upon fraud and most of these “loans” are more than paid of when the borrower comes up with the 20% down payment to the bank.
THERE IS NOT A JURY IN THE LAND THAT WOULD DECIDE IN FAVOR OF THESE FRB’S IF THEY WERE INFORMED.  ~MFP

How the Deep State Plans to Profit On America’s Demise Before Dropping the Depopulation Hammer:We have a monolithic monster in Washington DC who seeks to destroy all traditional, constitutional-serving and Jesus Christ-serving Americans. – Dave Hodges (article)

EP. 34 DR. CARRIE MADEJ ON WHY VACCINES ARE A THREAT TO HUMANITY & CAUSE INFERTILITY, QUI BONO – BiteChute 945 minutes)

As The Thirteen Phase Plan To Complete The Overthrow Of America Nears Completion, The Communists Are Counting On Their Programming Of Us All To Be Successful And For Us To Be Complacent – allnewspipeline.com

23andMe just sold the genomes of millions of its users – RT

STUNNING ADMISSION’ Pentagon admits it has been testing wreckage from UFO crashes & findings may ‘change our lives forever,’ expert says – The Sun They Are Experimenting On Americans Right Now! Think That The Government Wouldn’t Conduct Unethical Medical Experiments On Us? History Provides Endless Documented Proof They Will!
– Covid-19 Vaccine Deaths Are Very Real Despite Being Called ‘Conspiracy Theory’ – All News Pipeline