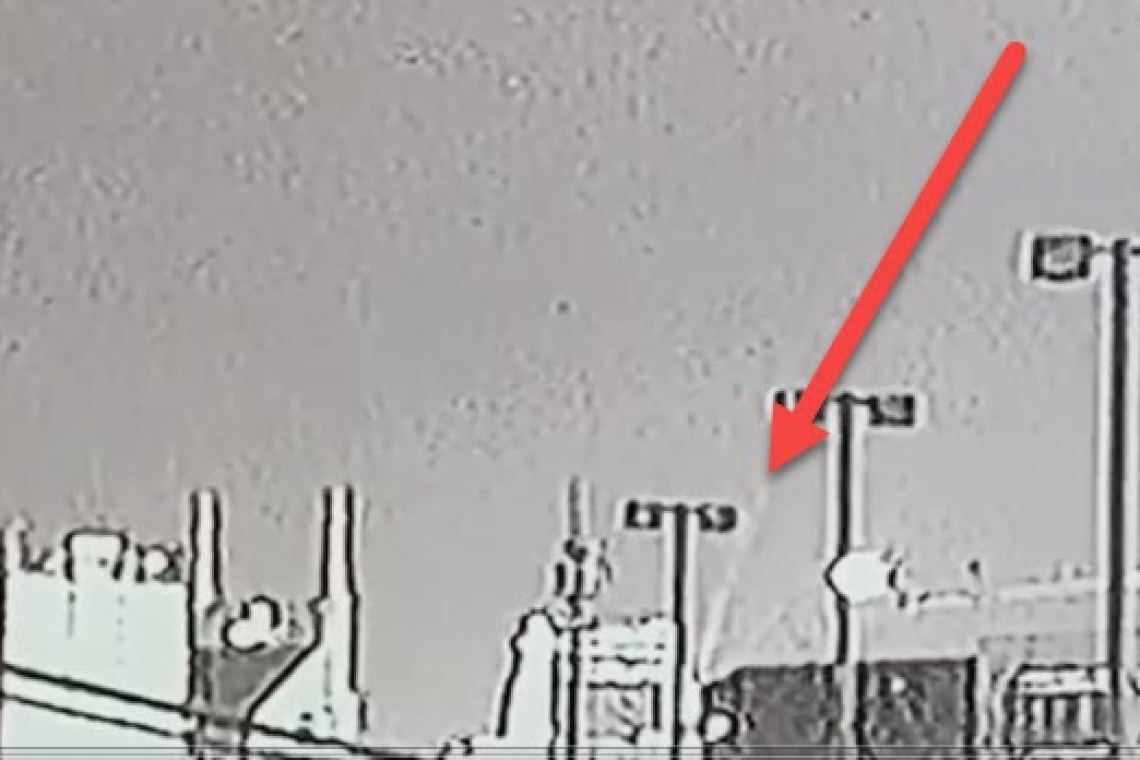 UPDATED 6:01 PM EST see bottom — Security camera video from Nashville, TN shows what appears to be a Directed Energy Weapon coming down out of the sky and burning the AT&T Data Center location just seconds BEFORE a massive explosion erupted.  We have the video!

Before we go farther, you need to understand that the AT&T data center in Nashville, TN, which is where this explosion took place, is an absolutely CRITICAL piece of United States communications infrastructure.   It is a primary hub for VoIP traffic (Voice Over Internet Protocol) and is a primary data collection center used by the United States National Security Agency (NSA) to intercept telephone calls and keep stored copies of those phone calls.

The map below shows how few such centers exist, and the critical location of the Nashville Center relative to the rest of the system: 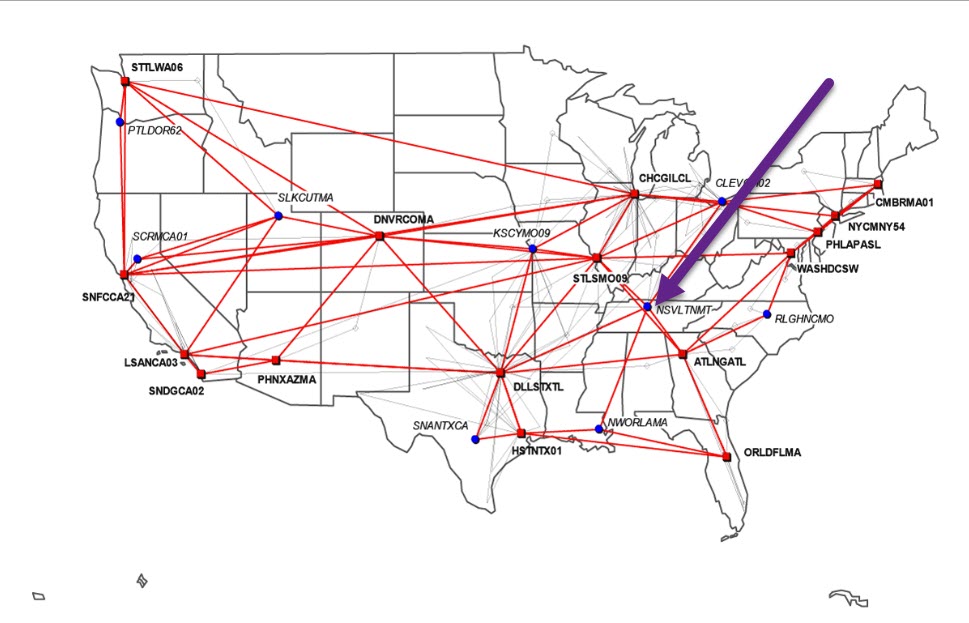 The video below aired on local television in Nashville and the news reporter whose voice can be heard, describes what he is seeing as “something coming up off the ground into the sky . . .” as giant flames from an explosion rise up into the air. Here, pay VERY close attention to the first five seconds:

But a closer look at what the reporter describes as “goes up into the sky” reveals that what is seen is a directed energy weapon fired FROM the sky, and whose beam is obstructed by the low level cloud cover as the beam moves with the satellite.

What makes it clear this is an energy beam is that it TRAVELS to the right IN COMPLETE UNIFORMITY at significantly high speed . . . thus proving it is NOT something “coming up from the ground” but rather a beam moving at high speed because a space satellite in orbit, WHICH FIRED THE BEAM,  is moving at such a high speed relative to the ground!

Very shortly after the beam is visible, gigantic flames from a ground explosion rise up from the ground below.

If this was something shooting up from the ground, them it would have a smoke/debris trail which would LINGER, being gently pushed by winds.  But that’s NOT what we see.  We see the “smoke trail” moving at high speed, and very uniformly toward the right . . . which is NOT a characteristic of a smoke/debris trail.

There is NO BLAST CRATER on the ground where the Recreational Vehicle (RV) allegedly exploded.

In countless images from countless other truck bombings, a large blast crater is always clearly visible in the aftermath.  Not in Nashville!   NO BLAST CRATER exists on the public street where this RV exploded.

Situation Update, Dec. 28th – Orbital weapons platforms reveal Trump is in a WAR much bigger than any election – Mike Adams

You will get the best news about this at  Steve Qualyes Q-files:
00215 12 28 2020 NASHVILLE- MORE TO COME, THE REAL STORY ( you will need a monthly membership to listen to this)

You will never know the truth!!! – Dave Hodges